Who are the top college QBs of the last 20 years? | Keyshawn, JWill and Zubin

0:00​ Zubin Mehenti breaks down Bill Connelly's list, which is topped by former Oklahoma Sooners QB and current Cleveland Browns starter Baker Mayfield. 1:26​ Keyshawn Johnson goes through his own rankings. 5:03​ Jay Williams does not agree with Key putting Matt Leinart at the top of his list and omitting Tim Tebow.

Keyshawn is a clown

Tim Tebow should be number one

I wonder where Tahj Boyd ranked on the list, he was great at Clemson for two seasons..

Of that top 5 list only Cam Newton had no other star players on his team at Auburn.. He was literally like some tank just running over people all the way to the national championship. So I would have to put Cam at #1..

Cam Newton is better than all of them

Tim Tebow should be Top 5 on this list🤷🏾‍♂️

On the Shoulders of Giants

Matt is not the greatest QB of the last 20 years. Stop it Key.

If anybody says baker mayfield . They didn’t see Sam Bradford or kyler play

Key is clearly just a hater how can you not justify Tim Tebow? 😐 you can put Cam on there but not Tim Tebow?

Cam Newton is the greatest CFB QB ever. What he was able to do with the talent on his team was amazing.

I got Deshaun as 2. He was the guy who broke through and put Clemson on a national stage. Im taking cam one.

Cam newtom has a great offensive line and former 5 star michael dyer and nick fairley who was the best defensive player in the country but he didnt have first rd pick and 5 star recievers like the others did look it up.....

Joe Burrow at 6 is laughable.

He put Jameis ahead ahead of Marcus Mariota???

@Walter Reed They were playing against the ACC before Clemson was good, so they basically played no one besides Auburn.

Jameis also lost 1 game and had the highest scoring offense in college football history. I'll take that over a lot of guys

@Prophet The Producer He won a national championship, but other than that, I totally disagree.

Jamies had a better college career then Mariota.

Where is Matt leinart? Heisman & 2 nattys

Winston over Tim Tebow? Bahahaha. At least he gave Matt Leinhart the crown

@MultiKushie So you would put cam over Baker maybe, but not Burrow because he had one good season? Cam had only one good season too. But there’s no way I’m putting Baker over any of these guys because the minute he played against any team outside the big 12 (aside from Ohio State) dude choked. VY, Cam Newton and Joe Burrow played against way better teams year round

Lol Vince Young was not a better college QB than Baker. 🤣🤣🤣🤣🤣 Cam Newton maybe and Burrow only had good season Baker had 3 👌🏾

Marcus Mariota should be in top 6

Some of the people on their list had some STACKED teams.. a lot of great QBs got left out due to the fact they had no talent around them. Here’s the real top 5! 1. Cam Newton (no talent around him) 2. Vince Young 3. Joe Burrow (no defense, and played one of the toughest schedules in history) 4. Lamar Jackson (ZERO talent around him, and his WRs led the nation in drops) 5. Johnny Manziel (Bama fan... so yeah) 6. Robert Griffin/Baker Mayfield Give any of these guys the 2009 Florida Gators Roster... lol

How can Matt Leinart be number 1? If we’re using Keyshawn’s logic, then you put Greg McElroy or any Bama QB on that list. Which would be utterly ridiculous. No Key Nooo

VY10 was the best of the 2000s, Key. All y'all know it. Give the man his props and stop hating. VY10 and Mack Brown ignited The Texas Thang. Dude (Vince) literally jogged into the End Zone and won Texas the BCS Championship. C'mon, man.

What Joe burrow did was statically mythical. 60 TDs in a season are you kidding me

Joe or tim is my number 1

@Michael Phifer im not sure what you're tying to say

Outside of Ohio.. nobody even noticed.(mabey covid-19) ..and less games on the big stage.. Baker was " Nation Wide" !!

Keyshawn Johnson are you serious about Tim Tebow. This man is one of the greatest college QB's in the last 25 years.

I have no clue how Keshawn even has a job in media with what comes out of his mouth.

Where was Tua Tagovailoa or Trevor Lawrence on these lists? They're both better than Jameis Winston.

Nope. Winston his a champion AND a Heisman winner. Plus Tua and TLaw's squads were more stacked.

Imagine that... put all the black qbs ahead of Joe burrow and then the homer pick Matt leinhart to try and throw us off the racial scent. We are al on to you key.

Matt who and how? That was Reggie Bush’s team.

Just chiming in that it's weird to say Joe Burrow "Ohio State/LSU" despite him not starting at Ohio State, and not putting Cam Newton "Florida/Auburn" or Baker Mayfield "Texas Tech/Oklahoma". There's zero reason to mention that Joe Burrow went to Ohio State as far as his standing on this list, and yet it is there. If you gotta put it, whatever, put it, but be consistent.

No bias at all with Keyshawn, smh. Lienart at number one, smh. Tebow not in top 6, smh. This is why I don't listen or watch ESPN anymore other than UFC stuff, cause of politics and ridiculous commentators.

Yo Joe threw 50TDs and 5,000 in a college season, no team ever looked better than them because of him

Key is such a hater. I wish he’d give it up

If we’re talking about resume than it’s Tebow hands down. 2 time national champion, Heisman trophy winner, 2 time Heisman finalist, 2 time All American, 2007 Player of the Year, and 2 time SEC Player of the Year.

Cam was definitely the most dominant. No one ever saw anything like him.

@Monterrio Alexander they were irrelevant before he got there and immediately the year after he leaves they suck again. He even got his mediocre coach a huge contract that has shown to be a mistake.

@DM1986 burrow had possibly the best rookie receiver ever, and he was the number 2 on that team. Jamarr Chase will likely be top 10 this year, and his running back was a starter on a team that went to the super bowl. None of the dudes Cam played with had any success in the NFL. And he also, was injured in the National championship game, Cam that is.

Tim Tebow was the best because he was a winner.a game changer ( College)

Bro keys list is horrible what is he saying

@BamaBorn BamaRaisedRT Im aware of Tebow career i watched it here in Florida. And Manziel was great at A&M idk what you talking about.

Most of those guys won nothing and competed for no championships

He mentions Quarterbacks in the Top 6 Won Championships, Baker didnt Win a Championship but their Defense was126 out of 130 Teams and Baker did his part to beat Georgia the Defense gave up like 400 yards rushing alone

Tebow, Cam, Winston, and Burrow. Hands down best QBS in the past 20 years.

@Hunter Trum That was his Heisman moment son. And whether you like it or not, Bama IS CFB. Everybody tries to be Alabama, bottom line is nobody can Alabama better than Alabama.

@Hunter Trum That was his Heisman moment son. And whether you like it or not, Bama IS CFB. Everybody tries to be Alabama, bottom line is nobody can Alabama better than Alabama.

@BamaBorn BamaRaisedRT "the only reason Manziel won the heisman cause he beat Alabama" You are the definition of a bama fan who thinks everything revolves around them. I'm not coming to the defense of Johnny Manziel because I think he's a great player, but cmon man. Just cause he beat Bama? Seriously?? Johnny Manziel won the heisman because he was a great competitor, playmaker, and helped A&M go 11-2 in their first season in the SEC. Did the Bama win help? Absolutely. But if you seriously think that ONLY BAMA helped him win the heisman, you are delusional.

@Zach Alabama's defense back then was not designed to stop a mobile QB like Manzeil who could also throw on the run. The only reason Manzeil won the heisman is because he beat Alabama... Literally.

@Zach Watson definitely but Manziel idk. Definitely one of the best highlight reel QBs but he never won a championship

Matt Leinart@1????? He shouldn't have even Won that Heisman! Adrian Peterson was Robbed!!!

Johnny Manzeil is absolute GARBAGE. Lol The mans mechanics and decision making was some of the worst I've ever seen.

In terms of amount of years and stats together, it’s Tebow. And cam if you count juco. Maybe kellen Moore too. Deshaun too

Kellen Moore is forgotten about..

Baker was a greater player. Tebow was just as legendary and has a similar LEGACY

AJ McCarron should be on list for championships alone. He has 3. 2 as a starter.

@ArthurHarris I'm glad you mentioned that. One of the main reasons tebow is not in my top 5. 😏😏

@Hunter Trum oh noooo he def wasn’t. It’s just the question of how do you define “top qb”. Especially since they can only play four years. Like if mahommes retired today, would he be the top nfl qb of the last ten years or what not. Ya know. And yeah. Burrow is kinda different. He put up Big 12 numbers, against top competition, won a championship, and did it flawlessly. He is a bit different but I feel you

@J D LMAO. Come on JD, give my dude some props. hahahaha

@J D well I don’t put borrow in the top either. He broke records passing records .. that’s being done every year (even though burrow was against SEC competition). Literally. Every year especially with offensive innovation. And he played lyke one year. I see your point though. That’s why I think, Tebow (even though he is kinda like mccaron In terms of talent around him). Maybe deshaun Watson too.

@joshblue32 I get what you're saying, but cmon man that's pretty harsh. He went 25 - 3 at LSU, with two big bowl wins under his belt. He beat atleast 9 top ten teams, threw for 76 touchdowns, over 8000 passing yards, clean swept the heisman vote, and defeated a team on a 29 win streak to cap it all off. Don't even try to act like burrow was just a lucky one and doner.

@J D pshhh whatever Chris Leak was the cancer of that team. Tebow scored all 3TDs against LSU, the toughest team they played that year. Leak lost the Auburn game, about lost the Vanderbilt, Arkansas, and South Carolina by turning the ball over all the time. As soon as Tebow came in the whole team played better and responded better to Tebow.

You mean throw off his back foot into triple coverage?? Manzeil was doodoo.

Corb on the cob Neef

Your kidding me right, Marcus Mariota should be on this list

Baker mayfield won literally nothing compared to the other guys who won nattys. What a stupid ranking

@Daniel Mears yes dude. The whole topic is best college QBs of the last 20 years. Baker mayfield was chosen as the top college QB while having zero cfb playoff victories. Get with the program

@J Keith You gotta specify. He just won one at the pro level. You mean exclusively in college? 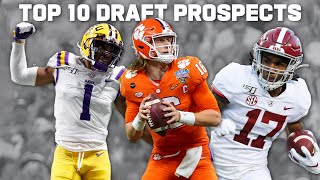 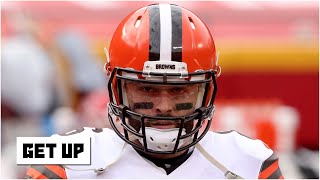 Is it time for the Browns to solidify Baker Mayfield as the franchise QB? | Get Up 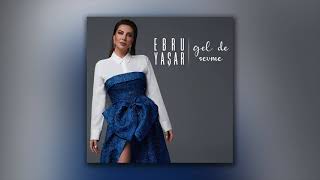 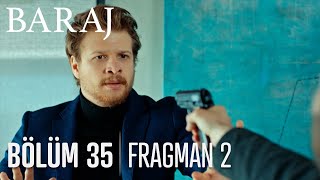 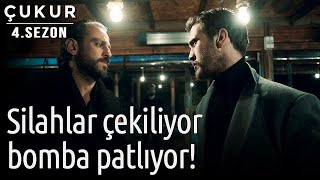 The Brady 6: Journey of the Legend NO ONE Wanted!

Why Steph Curry might be the best offensive player ever | Greatest Peaks Ep. 15

Do the Browns believe in Baker Mayfield? | First Take